I’ve been using the same mixes for years now. I just adapt them to the fish, venues, and the seasons. As any good Frenchman, my habits have a hard life. I admit that I always had some relative faith in “magical” groundbaits and other additives. Size grading, sticky power, colour, were the only criteria which spoke to me. But that was before … Before I met some famous English match anglers, before discovering other venues and angling strategies and of course before we came to go fishing where bream and roach are alongside carp and crucians. After my first try, ending with the feeder, I wanted to confront Pro Natural Bream with a typically purely French fishing approach: Long pole and great balling in the canal ! 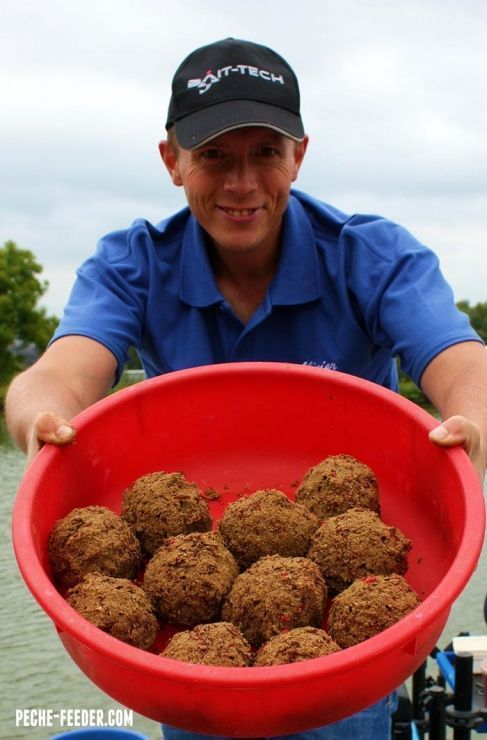 Bait Tech Pro Natural mixes up very easily. For a rich groundbait it’s rather exceptional. Indeed groundbaits for big fish are relatively difficult to wet, for some it’s necessary to prepare several hours in advance, or even the day before, to make sure that all the particles are well soaked to obtain the right consistency. This mix, however, is very fine and on the contrary and a quarter of an hour is enough to let it rest, just add a little extra water if necessary and it’s ready to use. 1,5kg of dry groundbait gives about 6 litres in the end! Laced with Brazem, the smell which escapes is tremendous. After adding some water, the sensation increases and I would believe to have my nose above a candy bag! If bream have the same feelings, you can imagine the effect ! The colour also shows it is on target. It becomes a beautiful golden colour and is perfectly smooth. You can easily make very dense balls, which do not burst on the surface, but which release very quickly all the particles. Just try it down the edge to see the effect : A real “lemonade” !

Having added a handful of dead maggots and some frozen joker, I balled a dozen oranges in. The response was very quick and skimmers arrived soon. Voluntarily I kept nothing in my bucket apart from the 1,5kg I had prepared just to refrain myself to re-ball. All this to knock down my French habits … We often say that it’s necessary to rebait regularly to keep fish on the spot, especially bream. But after a 4 hour session, I never put my hand back in my bucket and the bites never stopped, on the contrary, they increased and bream got bigger! 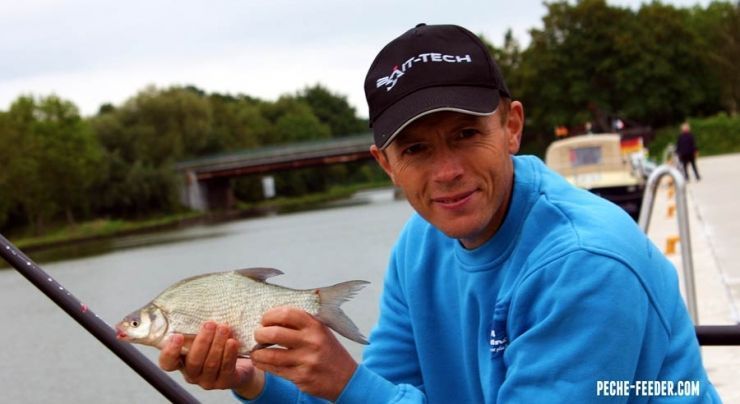 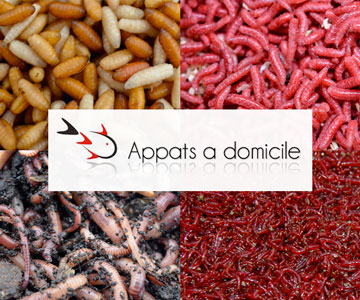 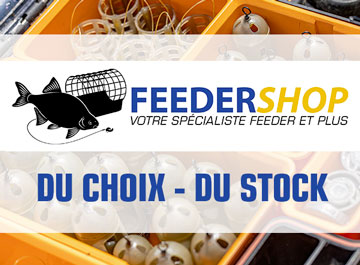